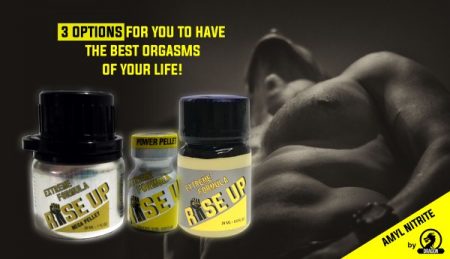 Rise Up is one of Dragon Poppers manufacturer most popular aromas so today we will be talking about it a little bit more so that those who do not know it yet might understand better what they are getting.

As mentioned before, Rise Up is made by Dragon Poppers, a well know manufacturer also responsible for poppers like Dragon Power, El Toro (that we mentioned in this blog post), Kraken, King, Ghost, Stoke and more.

Rise Up is a fairly new popper based on amyl nitrite that is available in as Rise Up 10ml (glass bottle), Rise Up 24ml (plastic bottle) and the bigger one, Rise up 30ml (metal bottle). 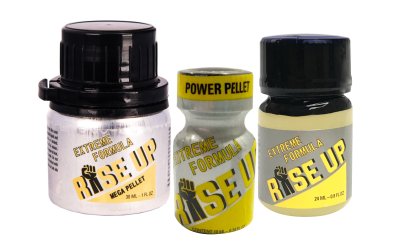 WHAT PEOPLE LOVE ABOUT RISE UP

>> The first thing you notice when using Rise Up is that it is STRONG! Its amyl nitrite formula allows for very strong poppers and Rise Up is no exception.

>> Its duration is also a plus. Users say that beside being stronger that most poppers, Rise Up also last longer which is always a plus.

OUR THOUGHTS ABOUT RISE UP

As you might have already noticed, we are big fans of Rise Up Poppers. They are a very worthy option for more experience users but you have to be sure you like strong and potent poppers. If not, this will feel too overwhelming.

As for the difference between them, from small to big bottles the content is the same, so your choice should probably rest on whether you are a more or less intensive user. For casual users we recommend the small bottle, for more regular ones one of the bigger bottles is probably a better option.

WHAT OUR CLIENTS HAVE TO SAY ABOUT RISE UP

Want to check it out for yourself? Try Rise Up Poppers on BuyPoppersNet.com and let us know what you think.