How to pay with BitPay on Buypoppersnet? 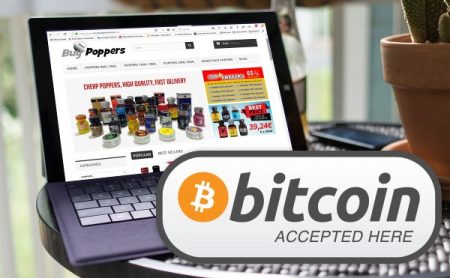 Bitcoins are everywhere nowadays and Buypoppersnet.com is no exception. We recently started accepting this new form of payment on our orders so now you have an extra way to pay for you best poppers.

But what is Bitcoin?

Just to get you up to speed here is Wikipedia’s definition of Bitcoin: 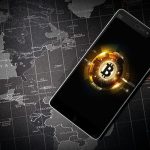 “Bitcoin is a cryptocurrency and worldwide payment system. It is the first decentralized digital currency, as the system works without a central bank or single administrator. The network is peer-to-peer and transactions take place between users directly, without an intermediary. These transactions are verified by network nodes through the use of cryptography and recorded in a public distributed ledger called a blockchain. Bitcoin was invented by an unknown person or group of people under the name Satoshi Nakamoto and released as open-source software in 2009. Bitcoins are created as a reward for a process known as mining. They can be exchanged for other currencies, products, and services.”

Many companies around the world, from the most various areas, are already using this currency and many more start accepting it every day. Playboy, Microsoft, Reddit, Bloomberg, Shopify, Lionsgate Films and RE/MAX are just some of the most well known names.

Buypoppersnet.com has recently joined the long list of companies that accept bitcoin payments and does it through Bitpay, a global bitcoin payment service provider.

How to use BitPay?

BitPay works in a similar way to PayPal or HiPay. The easiest way to start using it is to get a Bitcoin Wallet, an app that works just like a real wallet, allowing you to make or receive payments in Bitcoin. There are several compatible wallets you can use to make secure, successful payments to BitPay merchants, or you can use Bitpay’s own wallet.

Bellow is a video from BitPay, showing you how easy it is to make payments to a BitPay Merchant using the BitPay wallet:

Let us know in the comments if you need any extra help paying your popper order with BitPay or contact us at [email protected]. We’ll be more than happy to help.