Curious about poppers? Jimmy tries all kind of poppers to tell us what they do to us 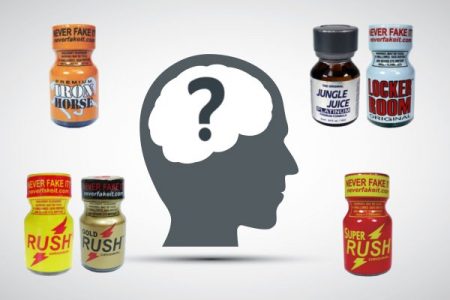 Rose: So, a drug that stimulates sexual pleasure, is that right?

Jimmy: Poppers gets used mostly during sex, which I can understand. They make it nicer to come. If you don’t use them during sex, maybe you like the high, but it’s not very special. The rush isn’t intense and not all that great. But if you take it before you come, it can make for a really nice experience. Coming is already nice by itself, of course, so if it lasts even longer…

R: Poppers have various active substances, of which the amyl nitrite is the most common. How does it feel?

J: It lowers your blood pressure, which gives you a pleasant rush. It doesn’t last long, a minute at the most. You get nice and warm, also in your head. That’s because your blood vessels dilate, so your blood flows more rapidly. You should not combine it with Viagra, which also decrease your blood pressure. Nor with ecstasy! Both cause strain on your heart… so that can be very dangerous

When I used it my first time I was primarily impressed by my heart. As if I had a big fright all of a sudden. My heart rate went up to 147 BPM. I briefly had this warm feeling, and my heart was palpitating but it was very short.

J: Very easy! You remove the cap, keep a finger on the bottle so it doesn’t evaporate… Then bring it to your nose, remove the finger and inhale… and then do the same on the other nostril.

R: Is it addictive?

J: Poppers are not physically addictive, but psychologically they can be. You’ll think: I won’t enjoy sex without poppers anymore. Somehow I can imagine that, because during an orgasm using poppers is really nice. It adds something extra.

R: Are there side effects?

J: Poppers increase the pressure behind your eyeball, so frequent use can cause damage. After you take poppers you can start to see yellow spots, as some people do, due to that pressure behind the eyeball.

Test your eyesight with the Snellen chart

It can also make you pass out and feel nauseous. And it can cause anemia. Also avoid skin contact because it irritated the skin. And I heard about someone who thought it was a shot… so he drank it which went TOTALLY wrong… Please don’t drink poppers! And don’t use it too much. 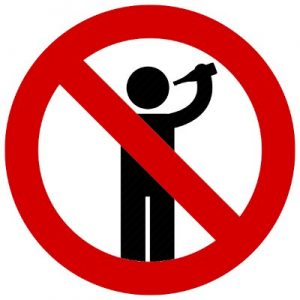 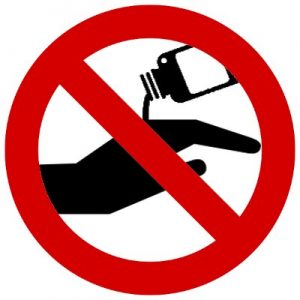